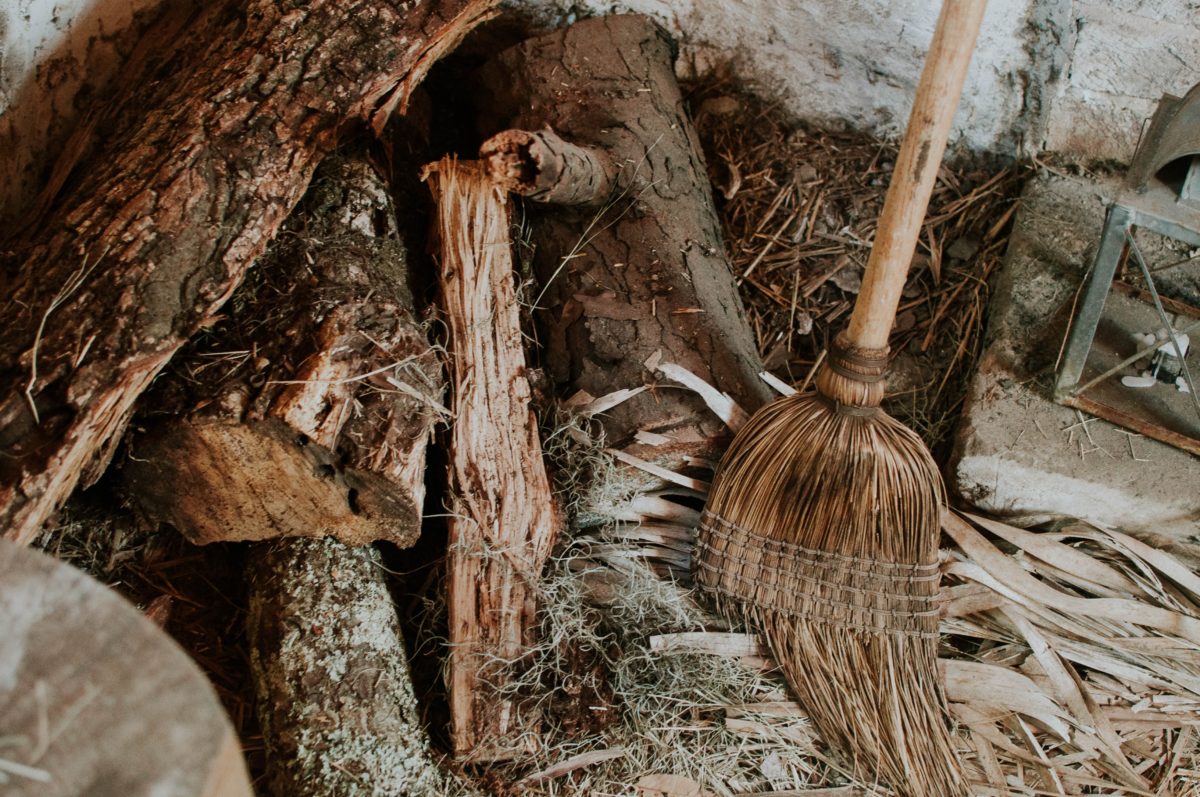 I Can’t Fix This!

So the first 10 years of our marriage were seen by him and the world as nearly perfect. We never fought and hardly ever disagreed. We were told repeatedly that we were such a wonderful fit and seemed so happy together.

Why? Because I was using a shit-sweeping broom that I didn’t even know I had. I didn’t realize that I was cleaning up after him, sweeping away the dirt he left behind.

He offended people right and left. I apologized for him. He sure never did.

He distanced himself from family members to play video games. I apologized for him, explaining that he doesn’t do crowds, that he just needs some alone time, that he will come back shortly.

He aggressively upset other drivers, flipping them off, honking, flashing his lights, yelling. I waved an apology with a shake of my head and a shrug of my shoulders.

He offended our friends, storming out of social volleyball games over minor disagreements. I apologized to them. He’s just tired, next week will be better.

He verbally abused our children, emotionally attacking them, often for things they didn’t even do. I apologized to the kids. I explained to them that he had a bad day, a rough childhood, no siblings. Or he was tired or not feeling well. I smoothed things over with them and then laughed and played with them, quickly moving on.

He emotionally attacked me for small, minor things. I explained to myself that he had a rough childhood and didn’t really mean it.

A Match Made in Heaven? I Don’t Think So!

So in his eyes, our early marriage was a match made in heaven. Not so in my eyes. I cried myself to sleep many nights, thinking, “I’ll never bring that subject up again….ever!” . I carried horrible pits in the bottom of my stomach, wondering when his next explosive reaction would be. I cringed at the slightest disagreement or the smallest hint of anything that would offend him.

So how did I spend my time? Working overtime to keep him happy, to shield him from anything that would upset him, to make sure he felt good about himself and life.

So YES, he thought this was great! Who wouldn’t? He had someone who commited all of her time to making him happy, to baby-sitting his feelings, and to smoothing over all his relationship boo-boo’s. It was a great deal for him. He gets to act like an ass and have someone to sweep up after him all the time.

I even reached the point that everything he did wrong was my fault.

It was my fault he was addicted to gaming. I should have fussed at him more for being on the electronics.

It was my fault he got mad at the other driver. I should have warned him and calmed him before they cut him off. Or I should have been the one driving.

It was my fault he stormed out of the volleyball game. I should have called that shot, telling everyone whether it was in or out, playing the peacemaker that I am.

It was my fault he abused our kids. I should have kept our children quieter around him, making sure they were only peaceful and happy in his presence.

It was my fault that he is being an ass. I should have anticipated all these little offenses and stopped them before they reached him or before he started to react.

This way of living is simply not sustainable. It is exhausting and takes a horrible toll on your life, your energy, your health, everything.

On the night of our 10th wedding anniversary, we went to a Taekwondo sparring class. As a family, we were training in martial arts. Due to busy schedules, we often would celebrate birthdays, anniversaries and other such days on a different night. We were red belts and approaching out next promotion. So we decided we would attend class that night and celebrate our anniversary over the weekend.

At class, my husband was sparring with one of our older Black Belt men. This man punched him in the side of the helmet, harder than my husband clearly wanted to be punched. My husband stormed off, throwing his helmet to the ground. The Black Belt was walking quickly behind him saying, “Hey, I’m sorry. Are you okay?” My husband never turned around, never acknowledged him, and never spoke. He went to the back room, changed his clothes and left.

Now, let me briefly explain a few things about Taekwondo. First, you are going to get punched and kicked. Sometimes it might be a little hard and hurt a bit. That’s part of the training and how you develop your own toughness and skills. Second, respect is a huge part of the training. We are taught to respect each other, no matter what the rank. Add to that, though, the rank of Black Belt holds a position of tremendous respect. Finally, along with that respect, you NEVER just walk off the floor without the permission of the head instructor, much less actually leave the building. What he did was not okay in so many ways. And I will say, if one of our boys had behaved like that, he would have climbed all over them!

I really did not want to come home that night. The pit in my stomach was gigantic! After classed dismissed, I changed in the locker room. The head instructor was waiting for me by the door. I knew I had to say something to him. I still remember the words coming out of my mouth, “I’m sorry for his behavior, Sir.” He simply said, “What he did was not okay.” “Yes sir. I know,” I responded. He then, compassionately, asked me, “Is everything okay? Are you okay?”

I knew the answer to that was no. I knew that I was in a mess of a marriage. But still not willing to face it, I told him that we were fine and that everything would be okay. He smiled and nodded, but I sensed that he saw right through me.

When I got home, I found my husband upstairs in our loft. He was sitting in the dark, crying. He told me how upset he was that no one cared about his feelings. It was all about his feelings and how “badly” everyone had treated him, all of which were perceived slights and not reality. Not only was there no apology for his behavior, the thought of an apology never even crossed his mind.

Though I still didn’t know the extent of what was to come, I now knew that we had a real problem here. I realized that I was apologizing for his rudeness, again and again. How was all of this possibly my fault? How was it all my job to fix and to clean up the messes? Why wasn’t he taking any of that responsibility?

It was still another 6 years before I actually heard the word narcissism. By this time, I had become a true expert at taking the responsibility for his behavior. My shit-sweeping skills were nearly perfect. The better I got at it, the more I felt it was my duty. After all, if I was the healthy one in the relationship, then I had to be the one to fix everything. He sure wasn’t going to do it.

I Can Fix Anything…..Except This

Up to this point in my life, I had the mindset that I could fix anything. For 45 years of life, there wasn’t hardly anything I couldn’t do. If I put my mind to it, it would get done. I know some of you, and perhaps a lot of you, can relate to this.

I remember the night, New Year’s Eve 2015. My family had all gone to bed. I was up, thinking about life and feeling very overwhelmed. Dreading spending yet another year this way. Then it hit me, “I can’t fix this!” I fell to the floor, buried my face in my hands, and sobbed. “God, I can’t fix this!” I repeated over and over.

This was extremely difficult to accept but a very necessary moment in my journey. As long as I was still trying to “fix” this, then I was still making it all my responsibility and my fault. It seemed like a defeated statement to say, “I can’t fix this.” But rather than feeling defeated, I felt liberated. For the first time in my marriage, I was releasing myself from this gigantic burden, the burden of carrying him.

If you are carrying all the blame for your narcissistic partner, then say it out loud, right now, “I can’t fix this!” Listen to your own words. Find your own path to this powerful realization. You can’t fix them. You can’t fix the relationship. You can’t cover all their faults. And it isn’t your job! 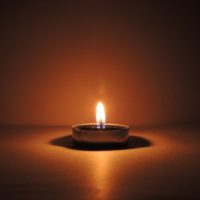 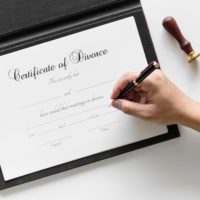 How Did I Know it was Time to File for Divorce? 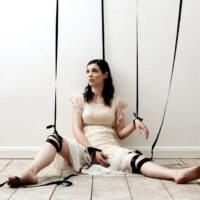 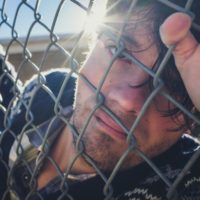